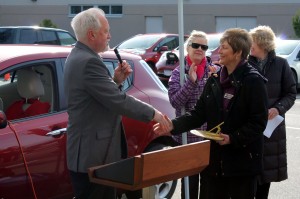 Please check out this article from The Globe and Mail   http://www.theglobeandmail.com/news/british-columbia/tsou-ke-first-nation-turns-to-wasabi-in-renewable-energy-push/article20187542/
Read More
Date: 13 Mar 2014
Comment: 0

The Canadian Solar Cities Project board of directors is pleased to announce that The City of North Vancouver has been selected as an official Canadian Solar City by meeting each of a 10-point set of criteria established to recognize the most sustainable communities in Canada. The award was presented to His Worship, Mayor Darrell Mussatto, and council members at the March 3, 2014 City of North Vancouver council
Read More
Date: 25 Sep 2013
Comment: 2

Home Energy Systems (HES) provides an illustration of the many benefits provided by the solar PV industry and the installation of solar PV systems. Individual homeowners benefit from reduced electricity costs, everyone benefits because of reduced GHG emissions and the economy benefits from added jobs and economic activity. Solar Grid Tie in Canada Fact Sheet
Read More
Date: 03 Apr 2013
Comment: 0

The Canadian Solar Cities Project featured in the Globe and Mail

The Solar City Blog is a resource to help you..